Individually, we are one water drop. Together, we are an ocean.

For many of us, clean water is so plentiful and readily available that we rarely, if ever, pause to consider what life would be like without it.

With a global drinking water crisis on the horizon, technologies old and new make the most of existing water resources

Potable water” simply means water that is safe to drink, and it is becoming scarcer in the world. Increasing use is stressing freshwater resources worldwide, and a seemingly endless list of contaminants can turn once potable water into a health hazard or simply make it unacceptable aesthetically.

Of the more than 2 billion people who lack potable water at home, 844 million don’t have even basic drinking water service, including 263 million who must travel 30 minutes per trip to collect water. About 159 million drink untreated surface water.

Demand for fresh water worldwide is projected to increase 55% between 2000 and 2050, and recently, NASA scientists have determined that freshwater resources are being used faster than they are being replenished. Potable water is fundamental to human life, and we can expect it to be a growing issue for the foreseeable future. 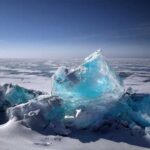 Water, the Hub of Life. Water is its mater and matrix, mother and medium. Water is the most extraordinary substance! Practically all its properties are anomolous, which enabled life to use it as building material for its machinery. 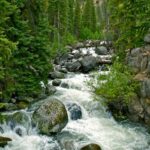 Water, thou hast no taste, no color, no odor; canst not be defined, art relished while ever mysterious. Not necessary to life, but rather life itself, thou fillest us with a gratification that exceeds the delight of the senses

AQUA R Strength for your business

Clean Water Should be a Necessity